Methanol is a key reactant in the transesterification step during production of biodiesel, often identified as dimethyl ether (DME). When the methanol reacts with vegetable oils or animal fats, it produces a usable fuel. During this step, methanol becomes saturated with water and is no longer usable for further transesterification. It is common to continuously purchase fresh methanol; however, it is possible and significantly cheaper to reuse the wet methanol. To keep costs down and lower waste, it is important to dehydrate the methanol in order to recycle it back into the reaction. After frequently passing the water saturated methanol through a methanol dehydration step, it can be recycled. Further transesterification steps utilize the newly dehydrated methanol. One method of methanol dehydration is via molecular sieve dehydration units (or MSDUs). 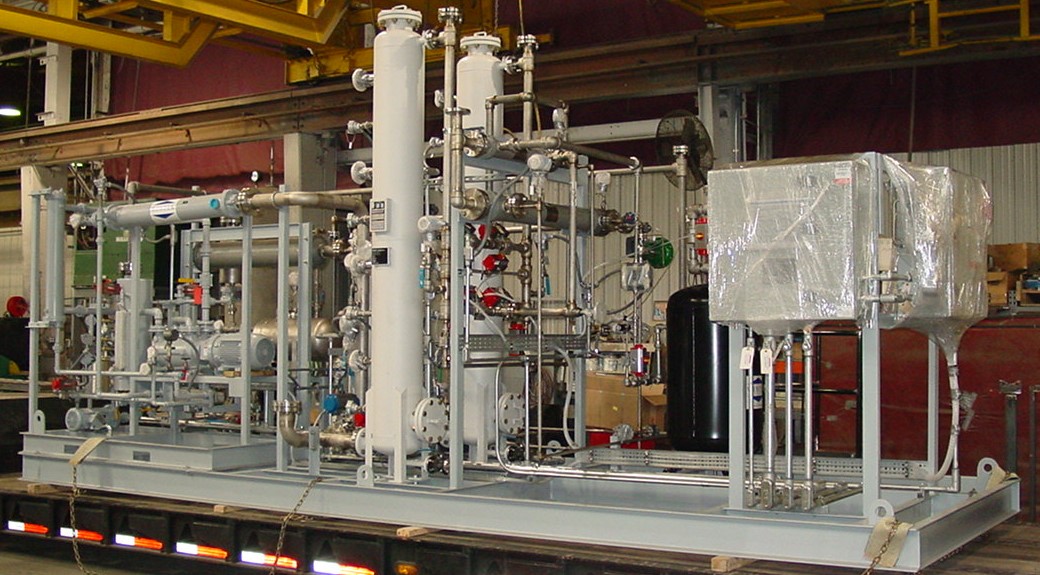 In a MSDU, the wet methanol passes through a vessel filled with molecular sieve beads. On the surface of these beads, there are small pores that absorb molecules. The pore sizes (usually 3A in size for methanol dehydration) are large enough to allow water (2.6A) to absorb into the pores through yet smaller enough to prevent methanol (~4.5A). The sieves adsorb the water and allow the methanol to pass through the bed. Dry methanol exits the vessel while the water remains trapped in the molecular sieve beads. Heaters and vacuum systems remove the adsorbed water from the wet beads and the dehydration process is repeated.

Wintek has provided trusted solutions for process vacuum and separation applications since 1986. Our custom-designed systems are engineered to deliver the desired performance at the highest reliability.